ScreaM after the EnVyUs roster shakeup

Yesterday, I noticed a reddit post by /u/hutres highlighting ScreaM's stats immediately before and after the CSGO Asia Championships in which xms and Sixer replaced Happy and RPK.

EnVyUs has since dropped their main and academy teams, and the players will have to find new homes. But I wanted to do a deeper dive into some of the statistics behind this momentary roster change.

But it can be extremely misleading to look at ADR or metrics heavily based on it to make sweeping conclusions about a player's performance within a team. One metric we occasionally use at SixteenZero is each player's "Full Buy Concentration" (FBC). To calculate Full Buy Concentration, we look at all the rounds in which the team had between one and four primary weapons. Call the number of rounds here N. Then, we count the number of these rounds in which the player in question had one of the primary weapons, and divide that count by N.

Every time the team has between one and four primary weapons, they can make a choice to give the weapon to a particular player. The decision can be complicated. For example, one player might have armor due to surviving a previous round, whereas his teammates might not have armor. But in general, Full Buy Concentration (FBC) gives us a rough idea of how a team chooses to value fragging ability among players.

Moreover, it is likely that players with a higher Full Buy Concentration will have a better chance to do damage during eco and force rounds, as they're likely to be the player with a better weapon.

So why does this matter for ScreaM and EnVyUs? Well, it turns out that we saw ScreaM's FBC increase significantly between these two events. Prior to CAC, he had an FBC of 16%. At CAC, that number was 25%. So in general, we would expect ScreaM to have higher ADR relative to his teammates because he's more likely to have a weapon. 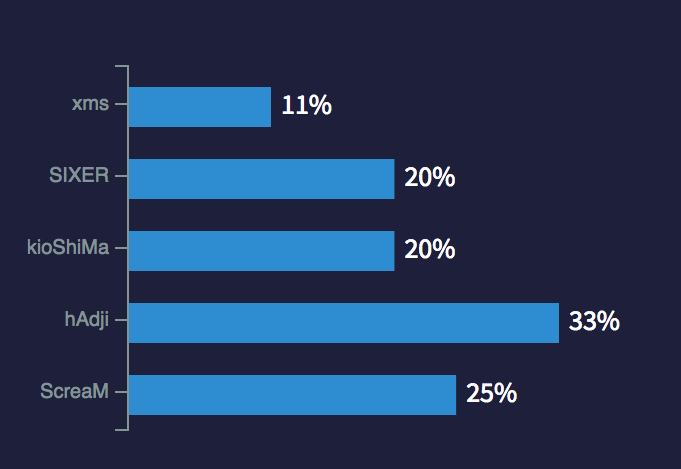 EnVyUs FBC prior to CAC 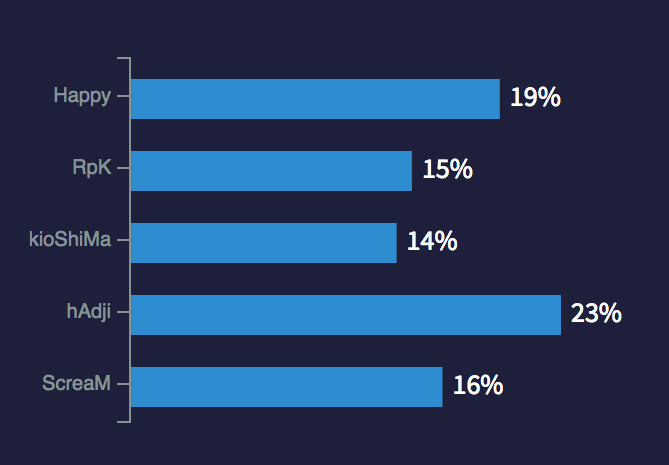 However, even though ScreaM did see a larger share of responsibility in force and eco rounds, he still improved when only considering full buy rounds. In full buy rounds, where (typically) every player on the map has a primary weapon, ScreaM's ADR improved from 76.6 to 85.7.

But ScreaM's increased individual performance might not be the only reason for EnVyUs's improved performance. We saw EnVyUs take a more aggressive economic strategy. Another metric we track is how often a team forced given they had the opportunity to force. We call this the team's force rate. At CAC, EnVyUs had a relatively aggressive 43% force rate. Prior to their roster changes at CAC, they posted a 25% force rate. 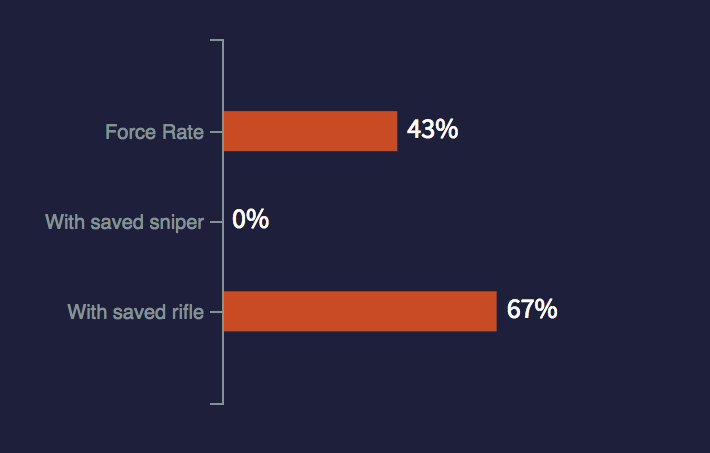 EnVyUs prior to CAC 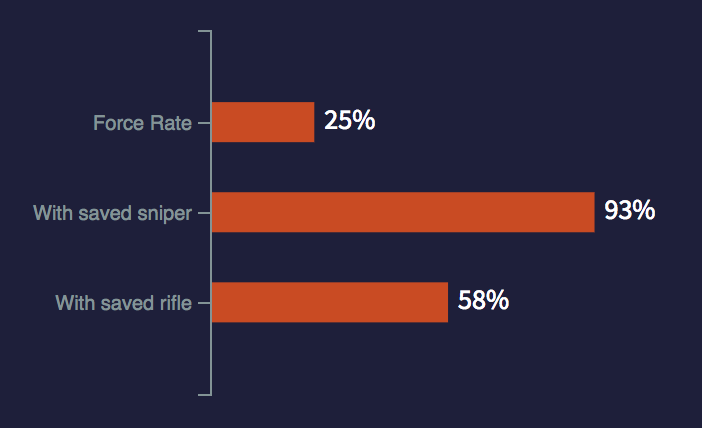 An increased force rate isn't necessarily a good or bad thing. But it does mean that EnVyUs were likely trying other new tactics. It's hard to know which of these tactics ultimately led to their personal & collective success.

Did ScreaM really perform much better after the temporary roster shakeup? He certainly took on more fragging responsibility within the team and his numbers increased because of it. Likewise, EnVyUs had a decent run at the tournament. But they also made some non-trivial changes to their economic decisionmaking and probably a number of other factors we haven't explored at all in this post. A good scientist will tell you not to change more than one variable at a time. Unfortunately, pro CSGO management is more art than science, and the luxury of making an isolated change is rarely affordable.